On this page, you’ll learn how to play the G minor guitar chord, plus easier versions of Gm to practice if you're just starting out.

First, a diagram. Here is the most common way to the G m chord: 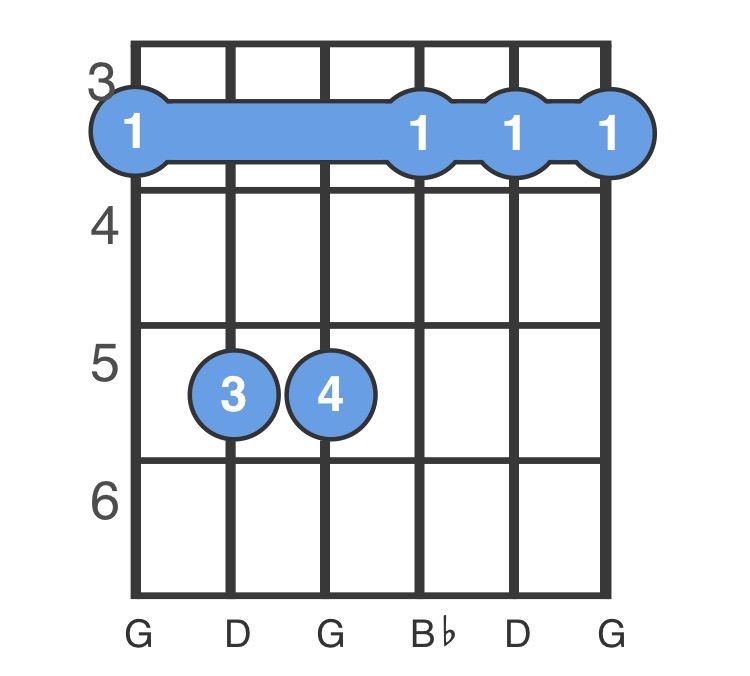 As you can see, you make a barre with your first finger, and then add your second and third finger to complete the shape.

Below, let's look at taking two smaller pieces of this shape to make it a little easier.

Then, let's break each one of those down and figure out which one is the real G minor chord.

Barre chords can be scary—especially for beginners. Let's learn what a barre chord is, and how it can help you as you learn.  Read more...

The first way to make this chord a little simpler is to play just the highest four strings. Like this: 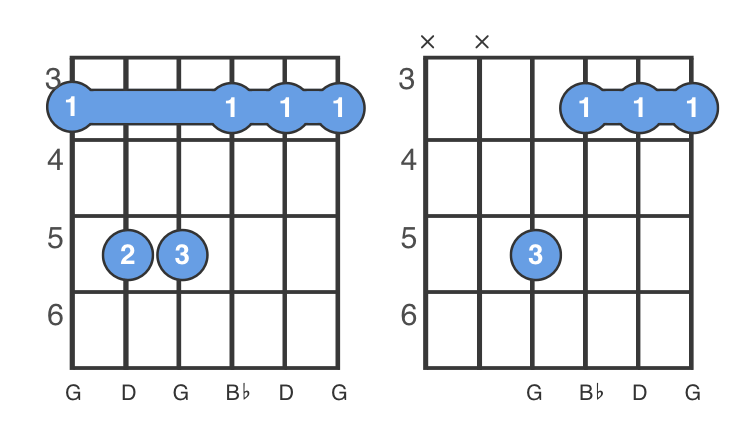 To play the easier version on the right:

Because you only have to stretch that first finger across three strings instead of six, it takes much less finger strength and flexibility.

In fact, you can even take this one step further, and play just the top three notes: 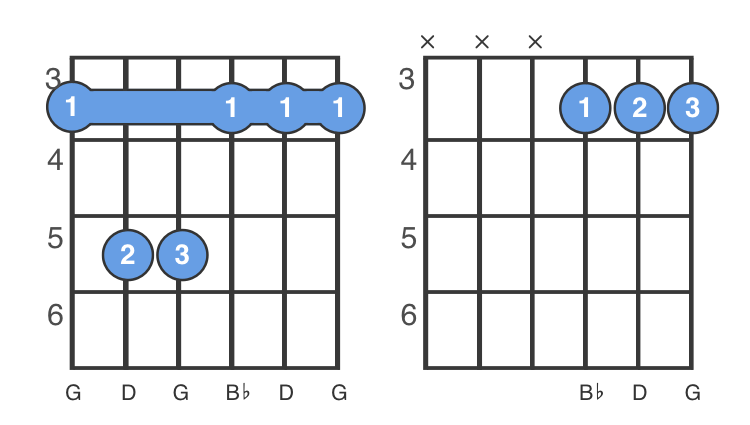 To play the easiest version, at right:

As you can see, in this version, you can do away with the barre altogether.

So which one is the real G minor chord?

Let's take a closer look at what a G minor chord is, and then we'll take another look at those alternate version for beginners.

What is a Gm chord?

Chords are made up of notes—a G minor chord requires three notes:

Take a look at that first diagram again—each string has the note that it plays written underneath: 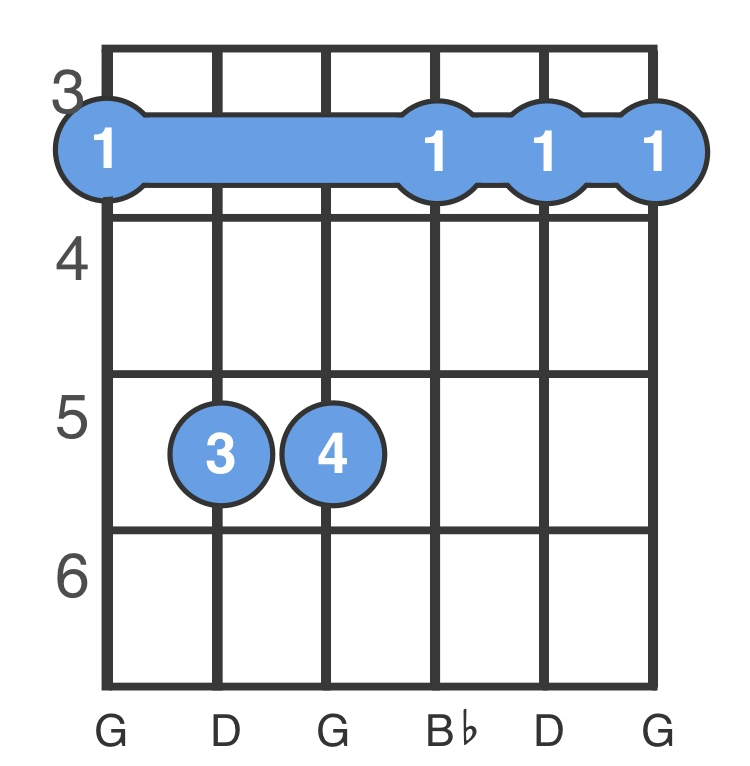 We just learned that a G minor chord is actually made up of just three notes. And we know that our guitar has six strings.

So we we can see that some of the notes are played more than once:

These easier versions work by removing the notes that are doubled.

Let's take another look at our easy versions:

Paying attention to the notes, you can see that the version above plays just four strings, but it still has all three notes that we need—our root (G), minor third (Bb), and fifth (D).

Let's look at the three-finger version:

From the lowest to highest, we have our minor third (Bb), then our fifth (D), then our root (G).

This is what's known as an inversion—as we're learning, we'll try to keep the root note of the chord as the lowest sounding note. That will help your ears to hear where the chord fits in harmonically with the rest of the song.

But, while you're getting your finger strength up, there's nothing wrong with playing this three finger version.

Practice all three, and see which one you like best. 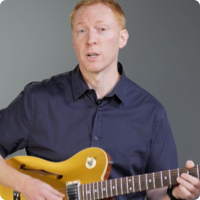 THEORY
What are Minor Chords? 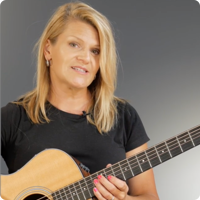 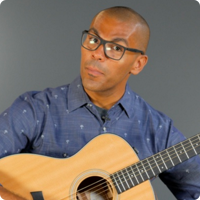 Chords that frequently accompany Gm in the key of Bb Major:

More important chords in the key of G Minor:

Up your Game with these Beginner Guides: