It only uses three fingers, and you place those fingers in a comfortable spot, on the first three strings (remember, we count our strings from the thinnest to the thickest).

Here's how they fall on the fretboard: 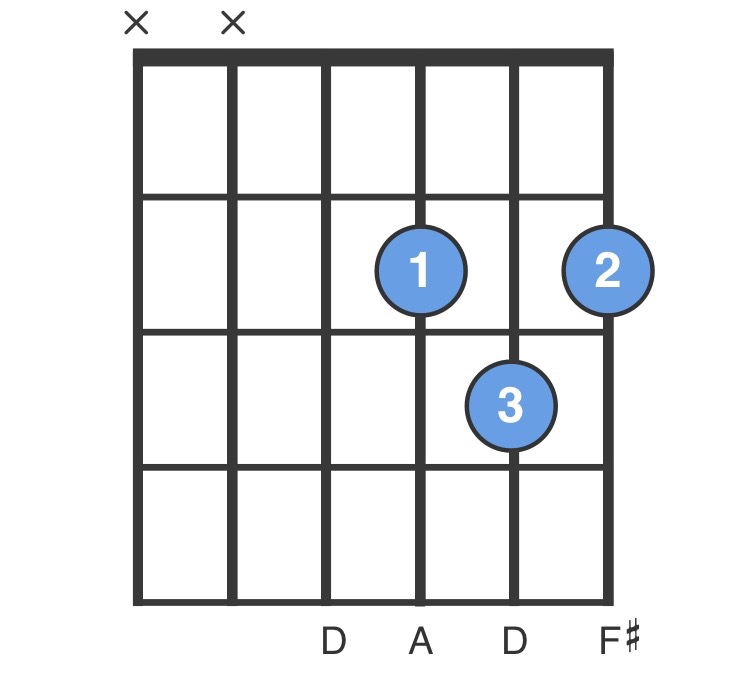 From your perspective, as you look down at the fretboard, a D chord looks like this:

Join us on Zoom!

We host free, group guitar lessons for beginners on ZOOM and Facebook Live, once every two weeks. 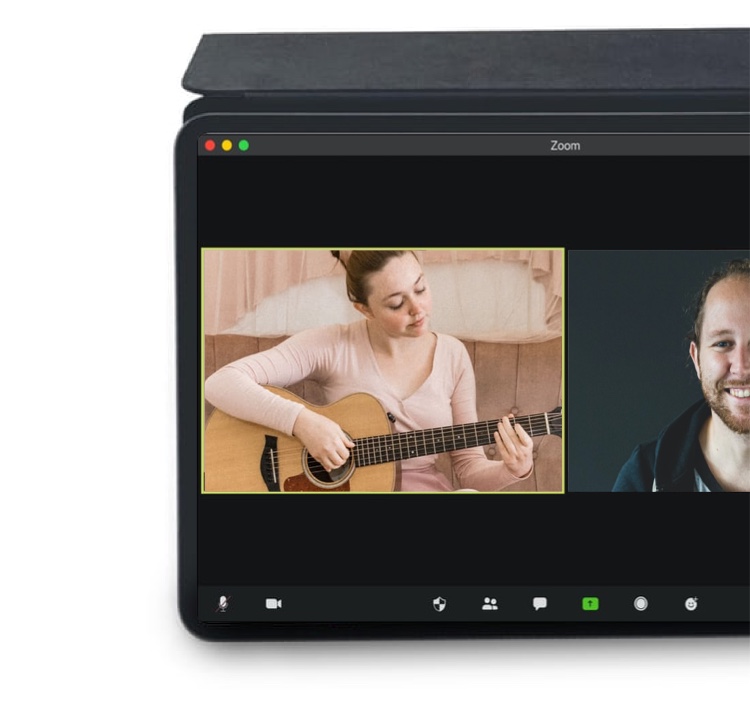 Space is limited. Join us, bring your guitar, and we’ll try to answer your biggest guitar questions!

D Major is a major triad, built up of the root, the major third, and the perfect fifth:

The most common progression you’ll likely see with D Major is going from D, to G, to A, or I, IV, V.

Adding in the minor six chord (Bm), you have the classic `I-V-iv-IV` pattern:

Other common chords in the key of D Major: